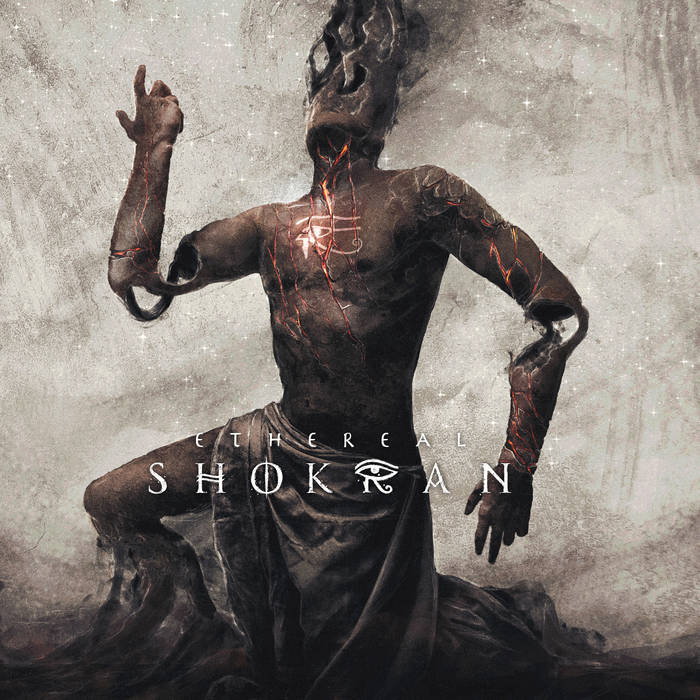 pantareii The colors and textures of this album are the ephemeral time sculptures of an infinite dimensional phantasmagoria that both embodies and represents the central concept the album describes.

I am eternally grateful to Shokran and our universe for allowing these ineffable ideas to be expressed as a form that I am able to perceive as a corporeal being. Favorite track: Superior.

fallensky01 This album has already become one of my all time favorites. Thank you for releasing this masterpiece.

"ETHEREAL" is the third full-length album by SHOKRAN.
--
Support the band, track the upcoming events and more at: shokranband.com
--
"With their newest outing ‘Ethereal’, the band takes what made ‘Exodus’ so great and amplified that by a tenfold: the instrumentation, the vocals, the production, the concept, what have you has been improved upon in an unfathomable way, leading to the bands greatest album of their careers." "Right off the bat in opener “Unbodied”, the oriental sounds, as common on prior albums, are still very prevalent and it’s really well utilized as opposed to being some easy gimmick. The concept of the album, which is about the main characters self-searching, multidimensional wanderings and realizing himself ‘as great as a God’ in some of the realities, is fully revealed on “Golden Pendant”, which coincidentally enough seems to have some of the best lyrics on the album." (C) TheNewFury
--